66 The Label – The watch world is starting to undergo a transformation. The hivemind around collecting just seems less hive-y these day. Independent and design-forward brands are starting to make leaps, and the general sense of what’s cool and covetable seems to be shifting. To measure these changes, you could look at auction results, or call around to watch experts. Or you could scrutinize the wrists of watch-loving celebrities. An unscientific measure of what celebrities wore this year (a year-end aggregation of our weekly watch round up) matches what’s happening in the more general collecting community. For instance: after taking a stranglehold on the top spot the past two years, one iconic piece has been dethroned as the most popular watch of the year. But the real changes happen outside of the top dogs. The accumulated data shows that while people still definitely love their Rolex and Patek Philippes, there is much greater diversity on famous wrists than there has been in years past. Newly ascendent collectors, like Tyler, the Creator and Tom Holland, are getting serious about the hobby, and they’re bringing great taste with them. Here’s everything the numbers tell us about celebrity watches in 2021. Also Visit : 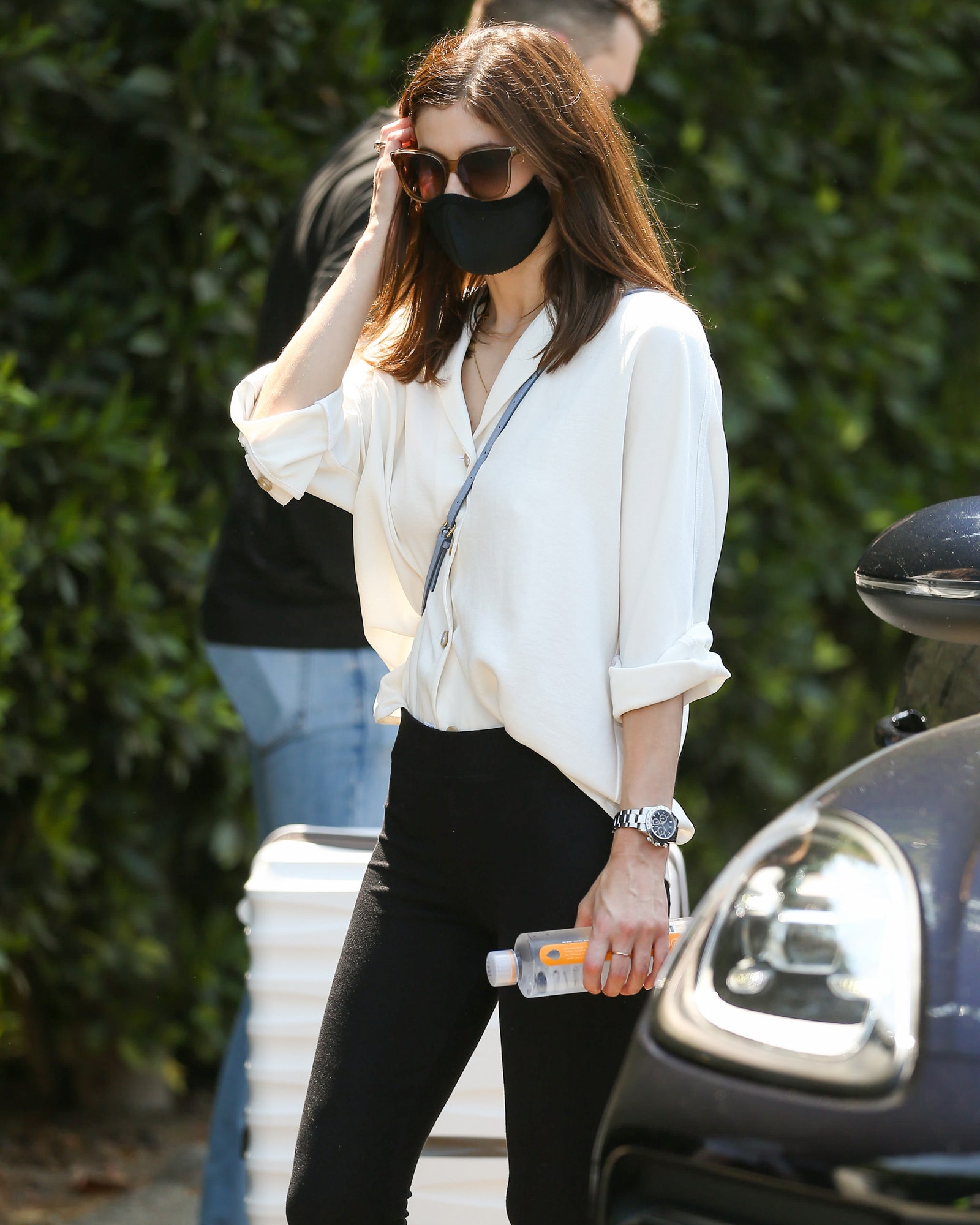 The most popular watches of the year

The Royal Oak was far and away the most popular watch among celebrities in previous years. And while last year the Daytona didn’t even crack the top three, the piece surged to the number-one spot in 2021. One reason that might have happened? The Daytona appeared in every flavor this year: in the beloved black-and-white “Panda” dial, in icy blue, and blinged-out iterations named after a Survivor song (No, not “The Search Is Over.”) While the Patek Philippe Nautilus has made the top three every year I’ve put this ranking together, it’s going in the wrong direction. I spotted 18 in 2019, 11 in 2020 (during a socially distanced year most people weren’t going out at all), and just 10 this year. Oddly enough, the higher-ups at Patek Philippe are probably pleased by the decline. The brand is discontinuing the most popular Nautilus model, the 5711, because they felt the watch was getting an outsized amount of attention.

The most popular brands of the year

A predictable top three disguises the changes happening just beneath them. This year I spotted two or three times as many Cartier, Omega, and Tag Heuer watches than I did in years past. Still, 2021 belonged to the three of the most well-known Swiss watchmakers in the world. And Rolex’s dominance is actually more dominant than ever: celebs wore the Crown nearly three times as often as Patek, the closest competitor. Rolex’s huge lead in this category speaks to the massive diversity within the brand’s catalog. While the Daytona and Royal Oak may have comparable numbers, Rolex has several more watches that nearly rise to that level of popularity. The Day-Date and Datejust were hugely popular among everyone from Joe Biden to Lil Baby. While Patek executives would like to wean the brand’s collectors off the Nautilus, celebrities are still gravitating towards the brand’s steel sports watches: after the Nautilus, the most popular Patek Philippe is the Aquanaut. Audemars Piguet scores most of its numbers with the Royal Oak, but this year it was aided by a very special-edition piece. The brand’s Black Panther watch, made in collaboration with Marvel, helped Audemars Piguet claim the bronze-medal spot on this podium. LeBron James, Serena Williams, The Weeknd, and Draymond Green wore the watch out.

The Collector of the Year

Envelope please…this year’s winner of the coveted Collector of the Year award is none other than Tyler, the Creator. And this year, we could also call this the Most Improved Player award. Tyler, the Creator came out of nowhere as a watch collector. It wasn’t long ago that he wore nothing but a cheap Casio, but sometime in the past year he caught the collecting bug and now has a stable of legendary Cartier pieces at his disposal. He recently attended an auction in Monaco where he seemingly bought a piece called the Quadrant. He’s also been spotted in a Tank and Santos-DuMont. However, there were few watch moments in pop culture bigger than the close-up on Tyler’s Crash in the music video for “Lumberjack.”

One of the biggest beneficiaries of the changing tides in the watch world is the Omega Seamaster. In fact, the total Seamaster count this year was double the number of all Omega watches I spotted last year. The Speedmaster has long been Omega’s flagship model but the brand really threw its weight behind the Seamaster, which clearly paid off. Back in March, the brand unveiled a new vintage-inspired Seamaster. The long-awaited release of James Bond, which Ed Sheeran commemorated with a special-edition watch made for the movie, didn’t hurt either.

I only saw one Franck Muller watch on a celebrity this year, but it might have been my favorite timepiece of the year. Back in March, as rumors swirled that Jennifer Lopez and Ben Affleck were back together, nostalgia-hungry internet sleuths honed in on Affleck’s wrist for confirmation. Was it really possible that Affleck had unearthed and was wearing the very same watch Lopez gave him in 2002? Somehow, the answer was yes. Affleck was wearing a Franck Muller Centre Curve with a Chrome Hearts bracelet. It may have been the only Franck Muller watch we saw this year, but a watch hasn’t stirred up this much public interest since the horny Richard Mille Drake wore in 2019. Follow us here to : SlotVoyager24 | Slot Online Terbaik JAGO77 | Situs Judi Slot Online Terpercaya 66theLabel | Best Fashion News Site